Many people still erroneously believe toddler tooth care isn't terribly important because these teeth will eventually fall out to make room for adult teeth. However, the condition of the baby or primary teeth may have a direct result on the health of the permanent teeth because decay and infection present in the primary teeth can spread to the permanent teeth being formed in the gums. Furthermore, positive oral hygiene habits developed during toddlerhood will set the stage for a lifestyle of good dental health. Here are five ways you can help get your child develop and maintain strong, healthy teeth.

Say No to Carbonated Beverages

Most parents already know limiting certain food and beverage items is not nearly as easy as it sounds. The way around this is to take advantage of the innate instinct all toddlers share to put things into their mouths. Substitute apple slices, carrot sticks, raisins, bananas, cucumber slices, and sun dried tomatoes for lollipops and hard candy, and make it clear to sitters, grandparents, and neighbors you are limiting your child's exposure to sugary sweets. Sugary fruit drinks are formulated for young children should be avoided as well.

Don't Skimp on the Water

Many parents fail to realize the important role plain water plays in overall health as well as in combating tooth decay. Taking frequent sips of water helps rinse the mouth clear of decay causing materials and keeps the body hydrated. Most people, toddlers included, don't drink nearly enough water. Children under the age of three should be limited to water and milk only as far as beverages are concerned.

Don't Put Children to Bed With a Bottle

Although it's tempting for tired parents to put children to bed with a bottle in the hopes to lull them to sleep quickly, it's best to break the bottle habit as early as possible. Even breast milk can contribute to tooth decay if it is allowed to pool in the mouth, and this is exactly what happens when a child drifts off to sleep while sucking on a bottle. If you absolutely must give your child a bottle to help him or her get to sleep, try to do so only on an occasional basis, and fill the bottle with water instead of milk.

Consider Having a Fluoride Varnish Applied

Although this procedure can benefit people of all ages, it's particularly beneficial to young children who live in areas where municipal water supplies do not contain fluoride or who live in households that depend on well water. Your dental care professional will be able to tell you more about whether this treatment could provide your child with oral health benefits. A fluoride varnish is a safe, simple procedure that can significantly decrease the chances of your child developing tooth decay.

You probably already know your child should be brushing at least twice per day, so be careful about letting brushing slide too often. It's okay to carry your child straight to bed now and then when he or she falls asleep at night on the way home from visiting friends or relatives, but try to make brushing rituals a priority in your home. Along with good dietary habits, the brushing habits toddlers learn today is one of the basics of a lifetime of good oral health.

Contact a pediatric dentist near you for more information. 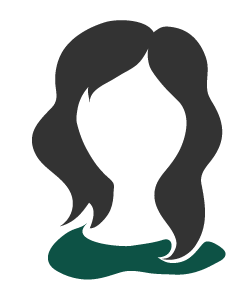 Braces are just for teenagers, right? Wrong. Last year, I became one of the thousands of adults that get braces every year. At first, I was ashamed and embarrassed. I tried to avoid talking, but at work, it is virtually impossible to remain silent all day. After the first month, I decided to embrace my braces and to help other adults do so, too. I started this blog to provide helpful tips for wearing adults as an adult. Your dentist telling you that you need braces does not mean your adult life is over. In fact, it could be a blessing in disguise.

Metal Allergies: What If You're Not Compatible With A Titanium Dental Implant?
20 January 2023
Dental implants are manufactured and installed with every intention that they'll be biologically compatible with their host (which is you). The implan …

How Your Dentist Determines The Cause Of Bleeding Gums
15 December 2022
Most adults have episodes of bleeding gums from time to time. While the most common reason for bleeding gums is gingivitis or periodontal disease, oth …

Signs You Are Long Overdue For A Professional Dental Cleaning
11 November 2022
Brushing and flossing have never been enough to keep your teeth and gums healthy. You must attend professional teeth cleaning sessions to keep your gu …